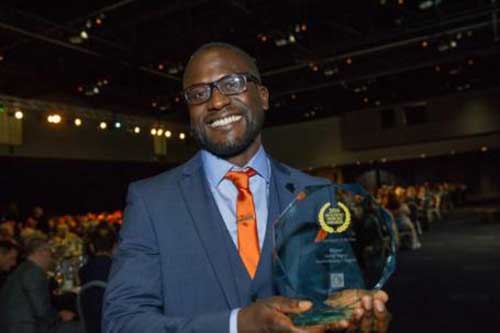 George Bageya, our outstanding cinema and peer mentoring coordinator at the Evolve Open Cinemas in Stockwell and Croydon won the Apprentice of the Year award for the London region in the Chartered Institute of Housing's Housing Heroes Awards. He then went on to win the national award at the annual ceremony in Manchester on 27 June. The award was presented by broadcaster and former member of parliament Gyles Brandreth. Hats off to George!