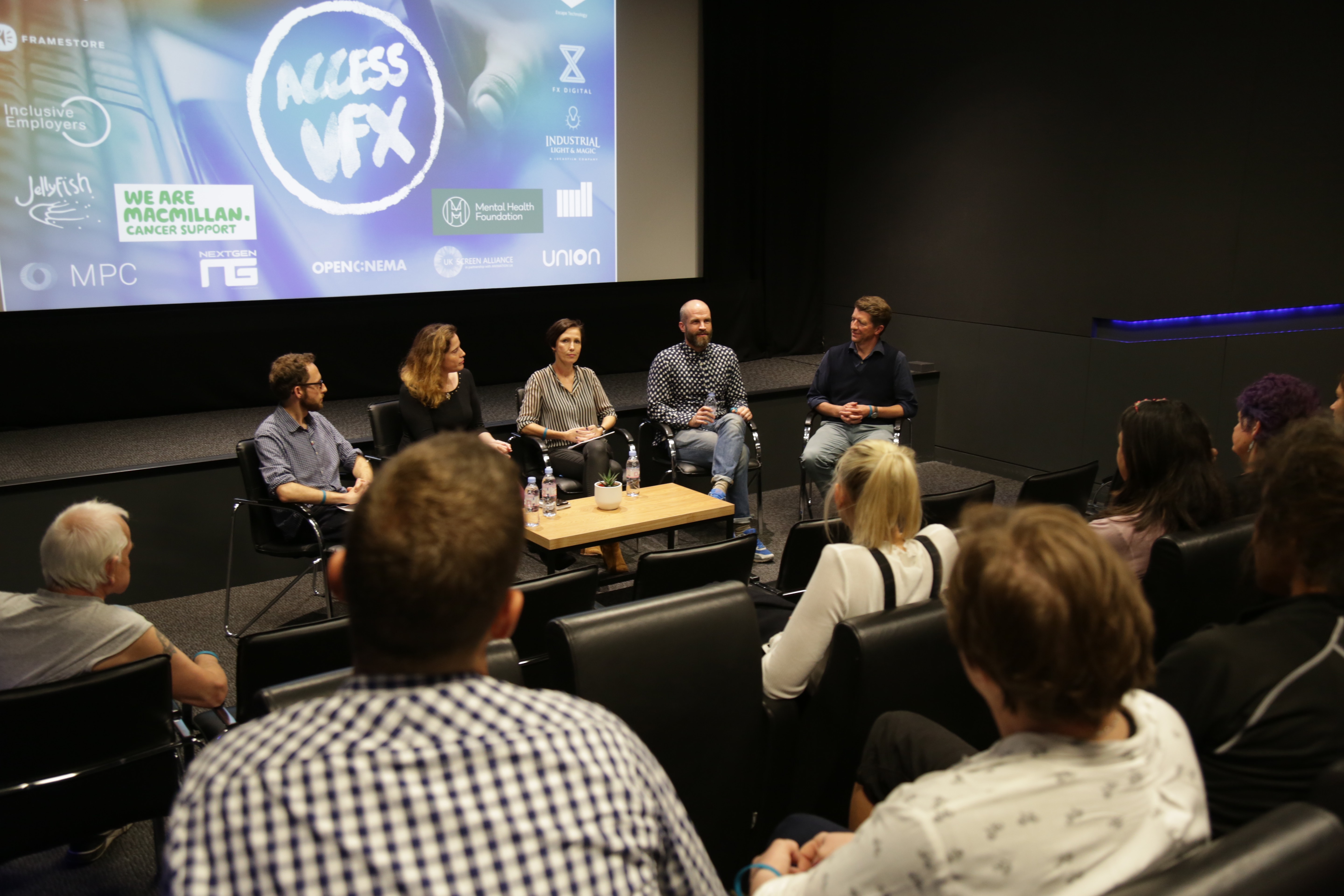 The second screening of the participatory film Havens which we produced with Macmillan participants, each with experience of cancer and mental health challenges, was in the plush surroundings of the main screening room at international visual effects studio Double Negative.

After a screening of D Neg's promo reel, featuring their work for movies including Avengers: Age of Ultron and Ex Machina, Havens was presented, after which a panel of skills leaders discussed routes into the film industry for those from more diverse backgrounds.