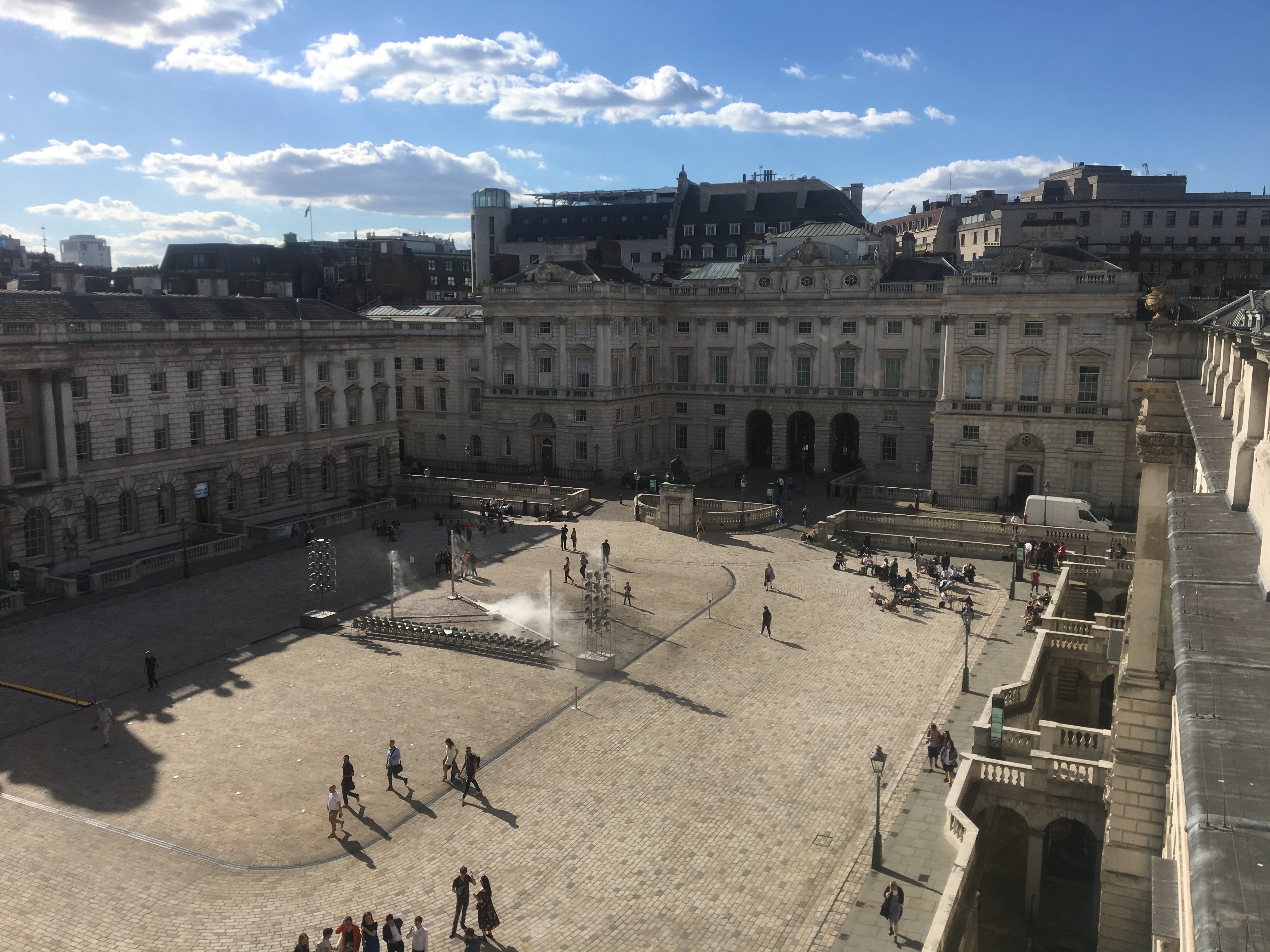 Here's the line-up of our office premises so far

And now, we are thrilled to have moved to the mighty Somerset House, home to over 300 creative businesses after occupation by the Royal Navy (we are in the former cartographer's room) from the 1770s to the 1920s; and by the Inland Revenue from then until they were finally evicted by John Major (who we actually met in our first week here!) in the early 1990s after an outcry from the creative industries about the waste - it was by then only one third occupied and the great courtyard which now alternately hosts gigs, screenings, a fountain and an ice rink, was a car park - of these precious central London asset. The team now rubs shoulders with a cloud of creative innovators and socially minded ventures.