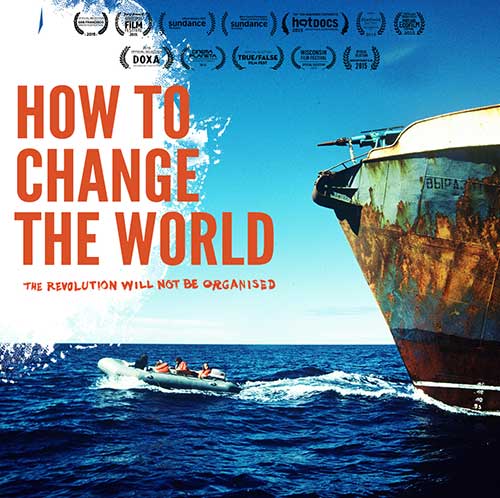 St Mungo's in Chancery Lane, London, have been running a season called How to Chane the World, featuring classics like Dr Strangelove, Big, and the 3hr 30mins Its a Mad, Mad, Mad, Mad World. But the centrepiece took place on August 29 when Grierson-winning director Jerry Rothwell (Deep Water, Town of Runners) appeared to introduce and discuss his documentary history of Greenpeace, the Sundance-winning How to Change the World, which opened Sheffield Doc/Fest in 2015. Our regulars, some of whom remembered the first actions Greenpeace took to stop whaling and artic drilling, engaged Jerry in conversation about the film, the season, and the world.