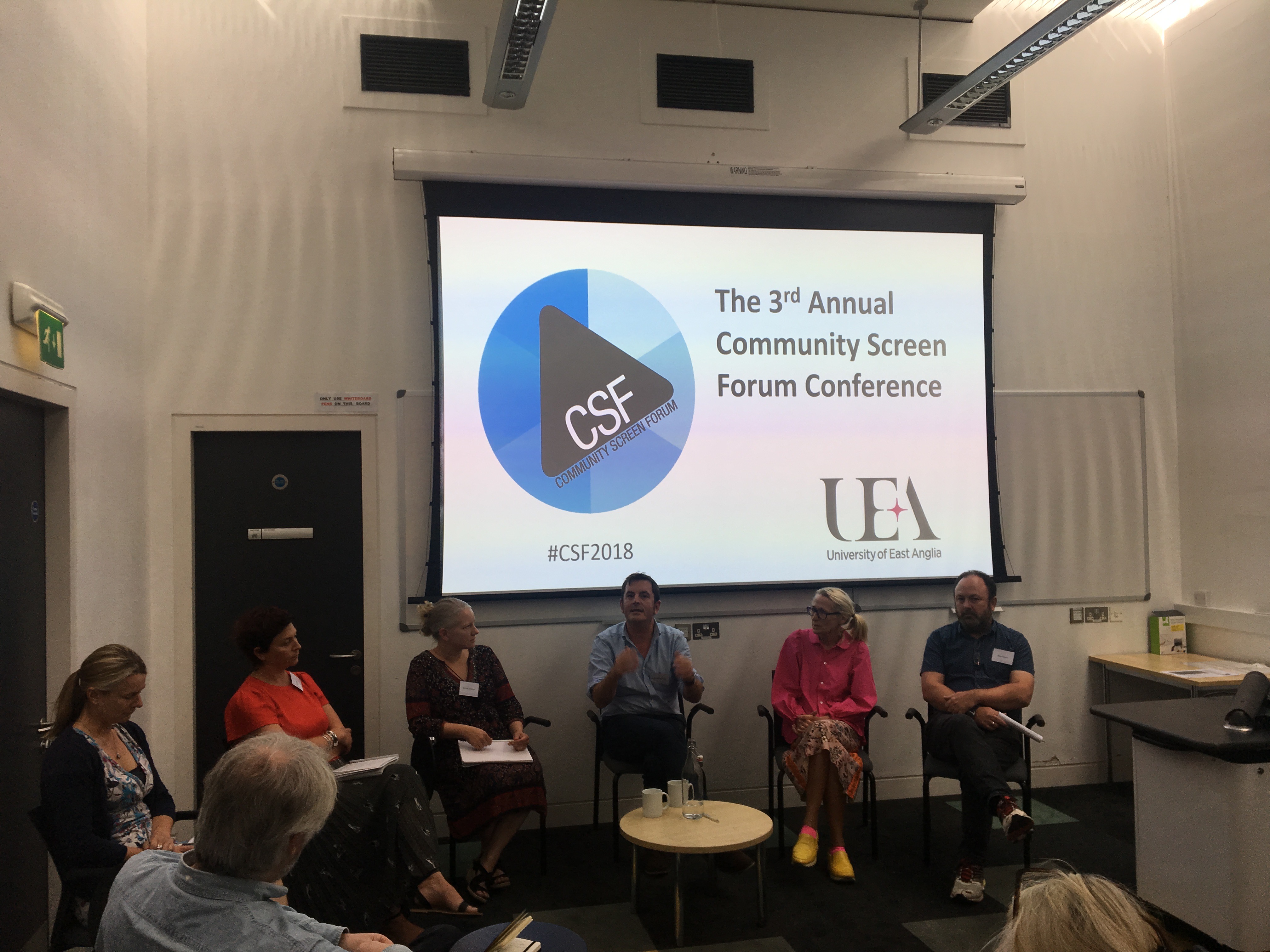 In 2005, when the first Open Cinema (then Open House Film  Club) screening took place, community cinema wasn't really a 'sector'. Beyond the British Federation of Film Societies (now Cinema for All), it was more of a backwater of cinema, with local enthusiasts undauntedly keeping alive the flame of projected film.

Since then, an emphatic flourishing of organisations, programming, and audiences has taken place. Over thirty organisations were present at this year's forum, the majority representing a local, regional or national network of community screens, plus researchers, enthusiasts, and a Japanese cinema architect.

There were keynote presentations by Stephen Follows on data, and Michael Pierce on Scalarama (coming round again this September) and reinventing organisations. Dr Stuart Hanson from de Montford University presented research on the contribution of cinema to local economies - including fascinating nuggets such as that cinemas on high streets make people walk instead of drive, and support local shops instead of chains.