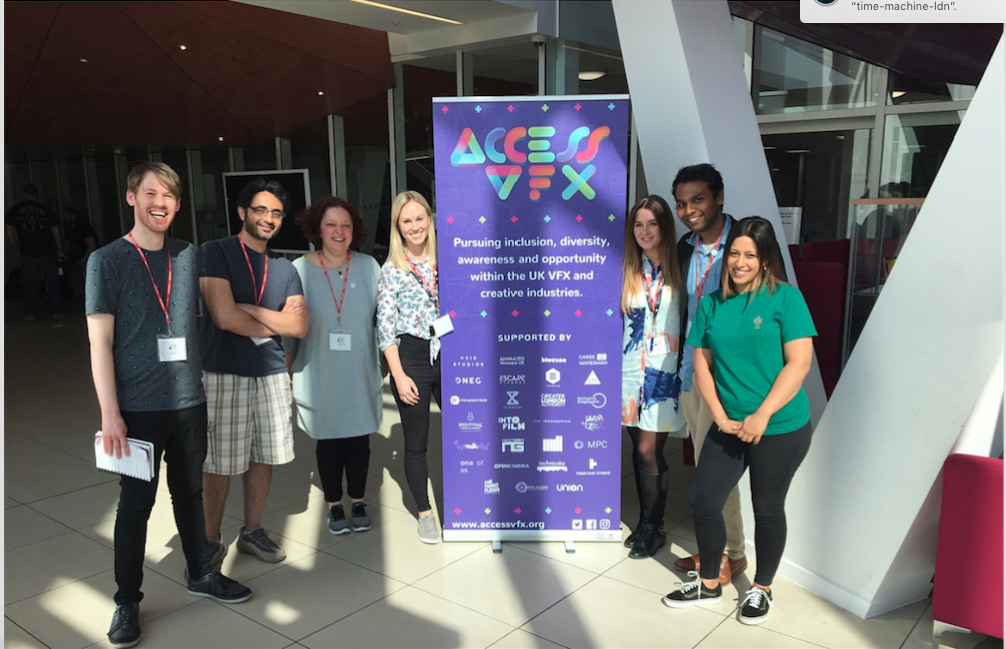 Access VFX began in 2016 as a one-day event at The Mill in London, bringing young people from outer London boroughs into the Oscar-winning effects studio. In 2017 this was expanded to a week, included the collaboration of around 15 VFX and animation studios, and hosted two Open Cinema events (see OC Blog). Open Cinema by then was a member of the advisory group.

But this year the initiative became a movement, hosting events in ten cities and reaching thousands of young people with events, opportunities, networking and access to the much sought-after runner, internship and apprenticeship programmes of over 30 world-class visual effects studios.

Some industries might be said to talk a good game on diversity and inclusion. Young people from communities across the UK are now winning bright creative futures through Access VFX.